She had arrived from London, England.

She went to London on the shooting of her coming movie ‘Players’. She did the shooting there for some days and did some good shopping also from there.

Today her flight landed on Mumbai soil and she stepped back on Indian land. When she was crossing the green channel, the custom officials suspected some costly thing in her baggage.

On being asked by the officials, she had to open the bag.

On opening the bag, the officers saw that she was carrying personal things worth Rs. 65,000 that she bought from England. She didn’t declare those goods so that she could save the custom taxes.

When the Custom Police asked the actress about the same, she admitted that she failed to declare those items. The police fined her amount of 10,000 Indian Rupees and allowed her to go after paying the fine. 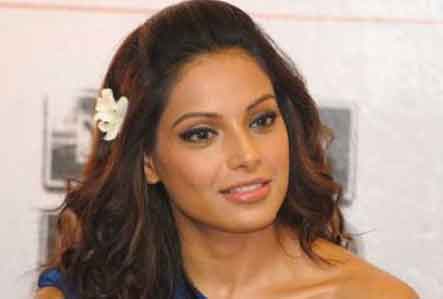 Bipasha told the media persons that there is nothing wrong and it was a routine checkup by the Custom Department. She scanned her luggage and found some items that they thought is not permissible to carry. She said that she didn’t quarrel with them and paid them the right taxes of ten thousand INR. That’s it.

On being asked that whether the celebrity wanted to skip the taxes, she added that she had no such intentions and she will never do this and that too on such a small amount of money. She didn’t know it that she is carrying the items more than the Permissible Limit and when she came to know about it, she has paid the required money to government of India.

Bipasha Basu is in news from a long time. Previously, she broke off with her long time boy-friend John Abraham and then her sex-scandal tapes with Political Leader Amar Singh and now not evading customs duty.

Prior to her, Minissha Lamba was also detained at Mumbai Airport.