The two met around 3 years back when Supriya was busy in reporting South Indian Film Industry. Since then, both were in close relations with each other. The Mollywood Actor traveled to Mumbai many a times to meet her.

The bridegroom many times interviewed on TV channels said that he is unable to find a beautiful girl of her choice and now his search ended with Supriya.

Supriya is the only daughter of Vijay Kumar Menon and Padmaja. She was residing in Mumbai with her parents and has birth-place as Kerala. She passed her school from Mumbai itself and then later went UK to do her graduation from University of London.

She worked for many TV channels and currently is working as a Journalist in BBC News. She mainly focuses on rural reporting. 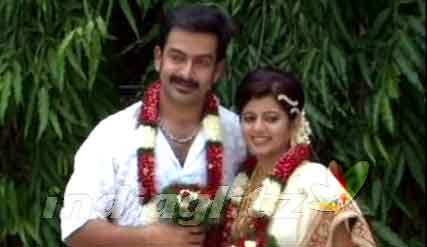 The Thenkurissi Heritage Villa Resort was decorated like a fortress and people those were allowed were having ‘Special Identity Cards’.

A reception is also planned in Thiruvananthapuram on May 1, 2011. And reports say that actor has already booked a Le-meridian Banquet Hall for it.