Cricketer Zaheer Khan is soon going to wed Bollywood actress Isha Sharvani. India has won the World Cup 2011 and whole India, including Bollywood, is proud of our Indian Cricket Team on this. Same is with Zaheer’s girl friend Isha. She is so happy on India’s victory that she is ready to wed him soon.

The first time two met was at a function in 2005 when the Australian Team after playing their match, was about to leave India and Isha was performing at the event.

After that day, the two were spotted at the ongoing parties many times and eventually fell into a strong relationship which continued for 2 years and after that, the relationship broke-off.

The cricketer has also helped the actress to find a good place in Khar.

After more than a year of time-period on July 28, 2010, Mumbai Mirror reported that the two are back again. 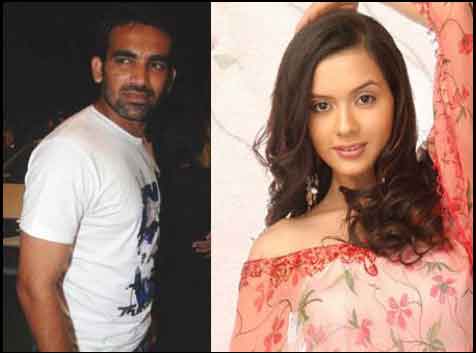 A source close to the couple said that the relationship is stronger now than what was at the initial stages.

Even Isha Sharvani didn’t deny on her marriage and just says that she did not want to comment anything on this.

The two have come closer after India’s victory. Whole India has become the cricket team’s fan and Isha is also not far from this. She previously had love for Zaheer and now that has grown more.

If news is correct then soon both will tie the knot and will enter in their new life.

What you say? Will they marry soon and probably when?