Some days back when the pre-captain of England Nasser Hussain commented on Indian cricketers and said that Indian cricket players are like donkeys then it created a lot of havoc all around among Indian people, especially among the Indian fans.

This incident happened when Nasser Hussain was doing live commentary during game while on the field. During commentary, he said that he agrees that there are 3-4 good fielders in Indian team but at the same time, also there are 2-3 donkeys in Team India. Whosoever listened his wordings criticized and said that no one has the right to comment in such a way. 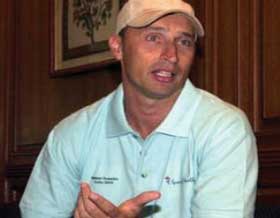 Some cricket fans even said that no one should comment in a way that hates others feelings. Some even criticized Nasir and said that he is a matured man but then also does not know anything about the sports and how to behave in the field while playing or in the pavilion while resting.

But on the other side, Nasser Hussain said that he is innocent and has not used any ill words against anyone. England former captain further added that his intentions were not to hurt anyone’s sentiments. He said that donkey is a common word in England and people use it frequently during talking.

Naisr Hussain added that when he was captain, he also used such wordings on the field and many a times, used the same ‘donkey’ word for his team members. He said that he does not have any personal enemy in India and he used it as normal.

The former cricketer Geoffrey Boycott also took Nasir’s side and said that in England, there are many Alsatian dogs which are given training to catch the balls.