India won World Cup 2011 on April 2 night. Whole India was celebrating this victory. This victory is like winning whole world for every Indian citizen. India defeated Sri Lanka in final and won by 6 wickets. Some reports say that the number of explosives used on this day were second highest after Diwali.

After this victory, MS Dhoni had shaved his head and gone bald for his Lord Tirupati Balaji. Reports say that he promised Balaji to go bald if India wins the World Cup and as per the promise, he shaved his head completely.

Dhoni shaved his head around 2:45 am on April 3 morning in Taj Hotel, Mumbai. When in the morning, Mahendra Singh Dhoni came out of hotel; everybody was surprised to see his new look. Media questioned him regarding this but they didn’t get any answer from him. He went with his new look to meet President Pratibha Patel at Raj Bhavan in Mumbai. 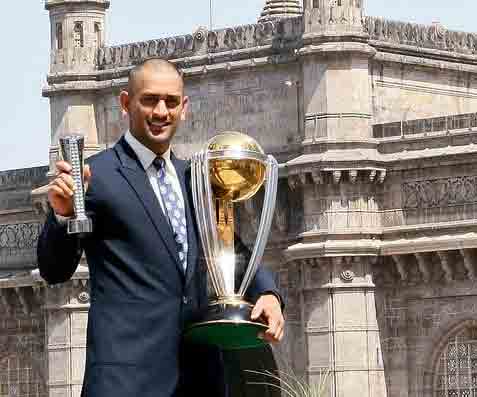 Youngsters are going mad for Dhoni’s new look. Delhi young students have started adopting their Champion’s new way of hair. City Salons are drawing money by making the young boys Dhoni way. Boys are saying that they wanted long hair once but now they want to be like their Champion Star.

As per young boys, they want to be like the star that has fulfilled their long back dream. They added that their country has captured the most honored title after such a long period of time. It is like a dream come true and they are very happy on this. They are very thankful to their most successful captain and thank him a lot on this.