With the passing of time, the batting of our Master Blaster Sachin is getting stronger. After hitting 99 international centuries, now it was the time to hit a century in the shortest form of cricket by Sachin. Today, Master Blaster did that. He has achieved this fantastic feat today by hitting unbeaten 100 runs in just 66 balls in the 20-20 match of IPL season 4 and remained not out till the end of innings.

If the evening was for Sachin then the night was for Kochi Tuskers. Tendulkar, after attaining the age of 38, is still playing cricket like a 25 years young boy. This was quite clear at the Wankhede Stadium, Mumbai on the evening of Friday, 15 April. Sachin hit the century in just 66 balls. I remember those innings by him, which I used to watch 10 years before, when he used to play just like today.

Also, Must to read,
Wisden Cricketer of 2010 – Sachin Tendulkar
Sachin First to Score 200 Runs in ODI History
Sachin on Everest of Runs

However, Mumbai Indians lost the toss and got the invitation to bat first. But they made very good use of the opportunity of first batting and put a target of 183 runs in front of Kochi Tuskers, Kerala with the help of maiden century hit by Tendulkar. He completed his hundred in the last ball of the inning with the help of 12 fours and 3 sixes.

Chasing the target of 183, with the help of half century by both the openers Brendon McCullum (81 runs in 60 balls which include 10 fours and 2 sixes) and Mahela Jayawardena (56 runs in 36 balls with 9 fours), KTK achieved this at the end of 19th over and won the match by 8 wickets. 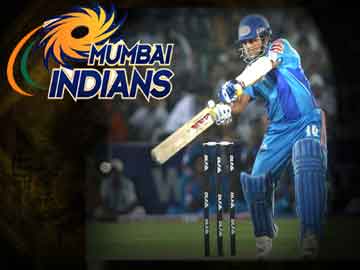 Facts about the match MI vs. KTK