Yes, IT giants firstly Yahoo and now Google are participating in the coming LokSabha Elections of India.

Yahoo’s election site most remarkable feature is ‘Your Manifesto’. Here, a voter can complain about any of the 6 available options provided by Yahoo i.e.
• Power and Water
• Terrorist Activities
• India – Pakistan Relations
• Infrastructure
•  Jobs
•  Inflation.

Voters can complain about ill-goings in their locality, their desires and what they expect from any political leader. Leaders, on the other hand, can read these comments and respond to peoples queries.

Google, going a step ahead of Yahoo, grasped the similar concept but with a few additional features. Google has also used its far successful Google Maps on this site. 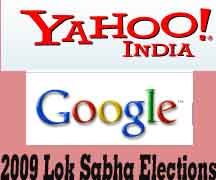 On Google’s website, voters across India can
• check about the status of their Voter-Registration,
• check where they have to poll,
• see ther constituency on the Google Maps,
• News and Videos on elections.

Google’s website is available in both English and Hindi languages, so that typical Indian man can also benefit from it.

In collaboration with media-partner Hindustan Times, Google’s election site aim to create an atmosphere in which Indian citizens actively seek and utilize important information about their democracy, as per a press release.

The press release further stated that voters can also view the educational qualifications and attendance record for their current MPs and those who are contesting in these elections.

He further said that keeping in mind their global mission of organizing the world’s information and making it universally accessible and useful they have created this elections center to highlight some of the most important information available to voters in India today. 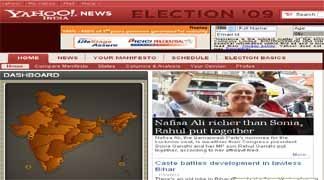