A strange pig is born in a village of China. The pig is not having its both back legs. It is born with just 2 legs and is now becoming an attraction point for the people of China. The 2 backward legs of this animal were not cut in any accident and nor any other animal or human being cut its both legs but infact; it is born in this condition only. It is all due to God’s will.

When the strange pig was born, the owner thought to kill it at first point. Actually, he was not in a favor of killing it and ending its life but his wife was asking him to do so. His wife insisted him to kill him as she thought that its living will be useless and instead of helping anyone, it will just give pain to itself and to others. 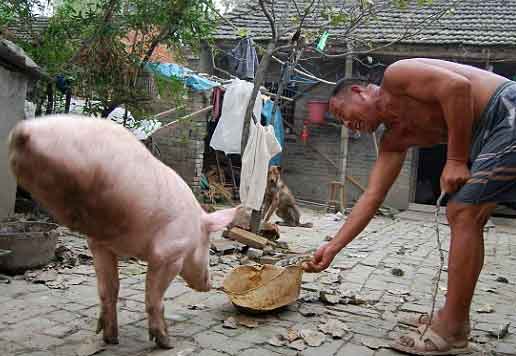 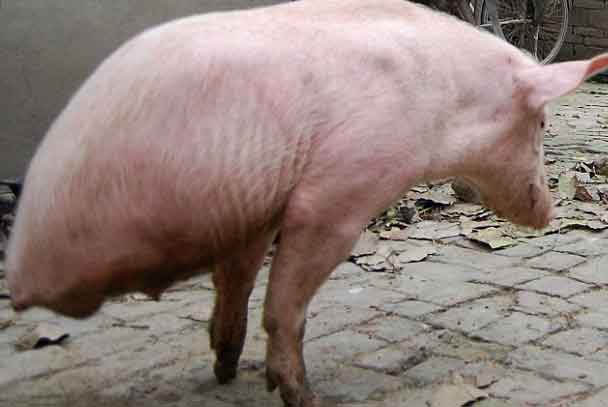 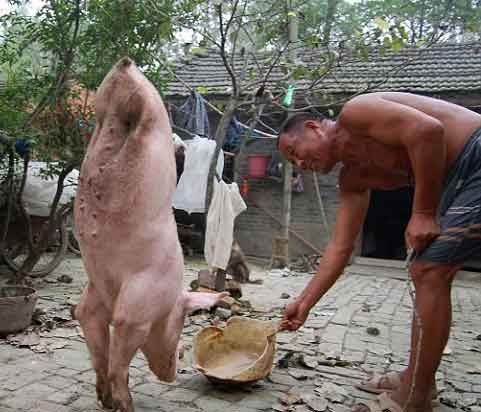 But the owner Wang Xihai refused to end the pig’s life and told his wife that everyone has the right to live and we should not kill it. Let it live and will see how its life will go in the future.

Today, that pig walks on its 2 legs easily and people when see it walking with only 2 legs, they feel very surprise. The owner and the villagers have named this strange animal as Zhu Jianqiang, which means ‘A pig of very strong will’.

The villagers say that the pig is an inspiration for all of us. We all should learn from him. If an animal can walk and do his all normal life activities without proper body-parts then why human being can’t do. It also shows that if will is strong then no obstacle can become the real obstacle in the success of any living being, whether it is any bird, animal or human.

Wang Xihai said that this Zhu Jianqiang was one of nine piglets that were born in January 2010. When he saw that the piglet is unable to walk properly and is unable to go with its other friends then he started to train it. He lifted the tail of female-piglet and helped her in walking on her front legs. He did this for some days and after month training, Zhu Jianqiang was able to walk successfully on its own.

Wang Xihai says that since the piglet’s birth, people are coming to see the strange creature. He said that once a circus-owner showed him his desire to buy that strange pig but he refused. Wang Xihai says that this Zhu Jianqiang is an inspiration for him and his family and he will never sell her, no matter what the price is.