Melinda Star Guido is the third smallest ever born baby girl child on this earth. At the time of birth, she weighed just 270 grams (9.5 ounces). The baby girl was born in USC Health-care Network of Los Angeles county in United States of America. Melinda was born on 30 August 2011 in the medical center of Los Angeles and the doctors said that when she was born, she weighed equivalent to just 2 iPhones.

The mother of Melinda Star Mrs. Haydee Ibarra was suffering from high blood pressure when she was pregnant and so, she was unable to provide proper diet to the fetus. This was the reason that why little Guido had to take out from her mother’s womb so early. The star girl was taken out 16 weeks before her normal birth date. 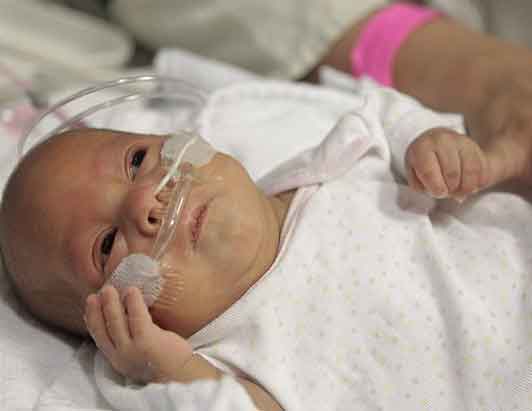 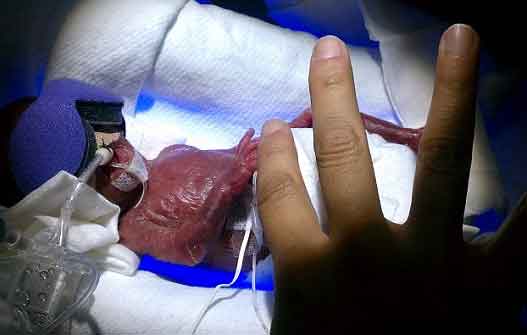 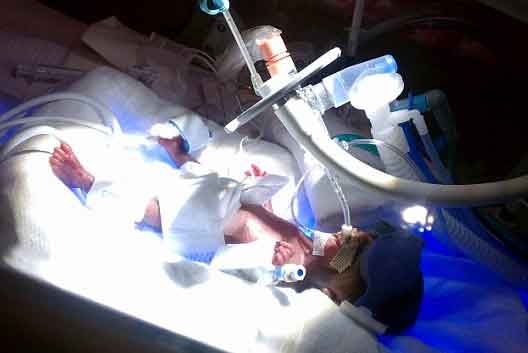 Dr. Rangasamy Ramanathan, who was looking after 22 years old mother Haydee Ibarra said that the baby could be in danger and can be blind, dumb or deaf. But the parents told the doctors to try the best from their side and rest will be all God’s will.

The father and mother said that their daughter is a fighter and she will fight with sure success. They encouraged Dr. Rangasamy Ramanathan and asked him to carry the operation.

More to check in Health,
* Read here for – Softest girl of world.

The doctors have given the title of star to the newly born baby as she has succeeded in taking successful birth on this earth. There were many chances of ears, mouth and eyes failure but she was born perfect.

As per global figures, Melinda is the second lightest baby born in United States of America and third in whole world. She weighed just a normal coke can at the time of birth.

The father Yovani Guido said that her daughter is very strong. She is getting older day by day and now, he wants to take her to a picnic and have fun with her.

The doctors’ team who is looking after Melinda star Guido says that the baby is improving in her health day by day and most likely, she will welcome the New Year 2012 in her home with her mother, father and other relatives.

You can see the below video of Melinda Star Guido