You all know that many persons hide their income from Income Tax Department so that they do not need to pay taxes to the government. This happens in many countries and especially in a country like India, it happens at a very large scale.

In India, not only the common man but even the high personalities, may be he/she is a big politician or big industrialist, try to hide their actual income and save their taxes.

Often the ITR Deptt raids such persons and then they impose huge penalty on them. The amount ranges from 100,000 to ten million Indian rupees. But today we are going to tell you about a person who has been fined with the amount that you can’t even dream of.

Income Tax department has fined this man with a huge sum of 30,000 crores rupees (something equal to US dollars).

The man is Hasan Ali Khan from Pune, Maharashtra and he is a businessman. The ITR deptt has blamed him that he has not paid the right taxes on his property amounting to total of something around 100,000 crores ( dollars). It’s been said that Mr. Khan has deposited all this money in the Foreign Banks. The money has been deprived from government of India.

The officials are saying that they have to sit with Hasan Ali and then need to ask the reasons for doing the same. They assured all that they will try their best to get proper money from him so that the money of Indian govt can be deposited in government banks rather than the foreign ones. 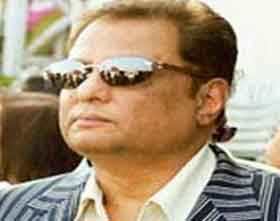 It is to be noted that presently Hasan Ali Khan is in the prison and soon he would be released. The officials are planning to get hold him as soon as he releases from the jail.

Till now, the maximum penalty has been imposed on one of Kolkatta’s Businessman Kashinath Tapria and if Hasan is fined with the said amount then he will become the highest Tax-Fined man of India. Kashinath is having good relations with Khan and through him only; the officials have come to know about Mr. Ali.