As per a research conducted at the University of California – Los Angeles, about 9 million US citizens are identified to come under the category of LGBT (Lesbians, gays, Bisexual, Transgender).

The news is being published in The Los Angeles Times. According to the study, 1.7 percent people in US are either Lesbian or Gay, 1.8 % are bisexual and around 0.03 % are identified as Trans-Gender.

The research has been done on the data and methods from 9 surveys done over the last 7 years and averaged results from five of the surveys to calculate the sexual orientation. To estimate the trans-gender percentage, data was taken from 2 surveys.

Also see,
Girl who did not brush for last 10 years

Further, the study revealed that about 8.2 percent people of America accepted that they have participated in same-sex sexual activities and around 11 percent said that they have attraction to same-sex humans. But neither of these identified themselves as LGBT. It means that had these been also be added in LGBT category then number of LGPT people would have increased. This will further increase the number from 9 million to somewhat more high. 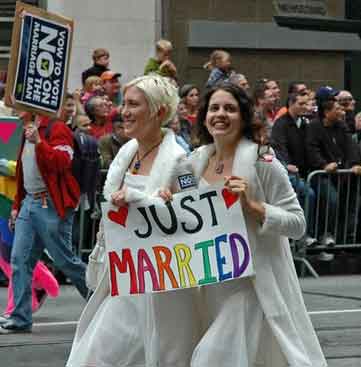 This LGBT community is increasing day by day. More and more human beings are tilting towards this community. As per them, they are heading towards the right path and there’s no wrong in becoming a lesbian or gay. Some girls even want to be lesbians and boys want to be gays.

In my opinion, this gay-lesbian community should not be allowed to increase. People should be taught to be honest with their relations. Some steps should be taken to reduce it. What you all think?