Google is celebrating her birthday by showing a series of dance steps by an animated dancer, who performs some dancing steps on its homepage and becomes its Doodle logo.

She was born in Pittsburgh, Pennsylvania on May 11, 1894 to father George and mother Jane Beers. Her father was a physician and the family was very rich since the dad earned a lot. They don’t want their daughter to build any career in any sort of arts.

In 1925, Martha joined George Eastman School of Design where she met Rouben Mamoulian, the head of School of Drama. She along with Rouben produced a short two color film known as The Flute of Krishna that featured Eastman students.

In 1926, Martha Graham Center of Contemporary Dance established. She made Bethsabée de Rothschild, her student, a close friend of her. In 1965, Rothschild established Batsheva Dance Company in 1965 in Israel, Graham became the company’s first director.

In 1936, Graham made her defining work ‘Chronicle’ that indicated the beginning of a new era in the modern dance.

In 1938, Erick Hawkins danced with her company and became the first man to dance with her. After that performance, he joined her company. Soon the professionals started in love with each other and both of them married in 1948. In 1951, he due to some quarrels between both, left the company and then divorced her in 1954. Thus, her married life came to an end. 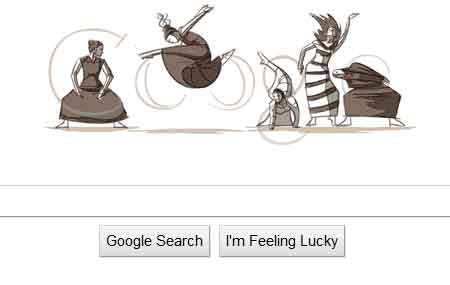 Graham started touching new heights of dance. She believed that the art was for stage only and for majority of the performances, she asked not to record her shows. She said that there should be difference between real life and drama-life and the two should not be mixed.

Martha Agnes de Mille writes in her biography that the great artist last dance-show was in ‘Time Of Snow’ on May 25, 1968 evening. But Russell Freedman mentions in ‘A Dancer’s Life’ that her last show was in 1969.

Graham started her career at an age that was believed late for any dancer but she got a huge success and proved herself in front of whole world.

1. She became the first dancer to dance at US President’s White House.
2. Travelled overseas and abroad as a Cultural Ambassador.
3. In 1976, Got the highest United States civilian award, ‘Presidential Medal of Freedom’.
4. Awarded as ‘Key to the City’ of Paris.
5. Got award as ‘Order of the Precious Crown’ from Japan.
6. In 1979, got Kennedy Center Honors.
7. In 1985, awarded as National Medal of Arts.
8. In 1987, she got a place in the National Museum of Dance C.V. Whitney Hall of Fame.
9. Time listed her as one of the most important person of 20th century and ‘Dancer of the Century’ in 1998.