Google recently launched Google+, which is getting popular day by day. The Plus is similar to somewhat to Facebook but more attractive and good in design than the biggest social networking channel of present times, Facebook.

Google+ is been infected with this spam, just after few days of its launch. It’s a shared post that contains a link. When someone clicks on that link, a page to the Canadian Pharmacy opens. It is obvious that many of the users will click on that url but I personally don’t know that how many of them are going to buy the drugs that are sold online on this pharmacy :).Atleast me will not buy. Will you?

Now the question arises over the security of the newly launched Plus. This is just the beginning of the Google+, which the company has started in order to compete the Facebook but is been spammed at very first ladder. 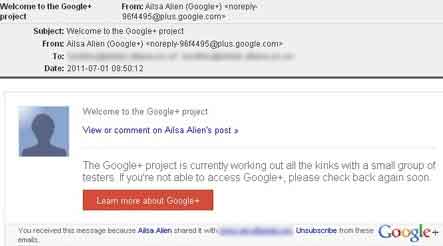 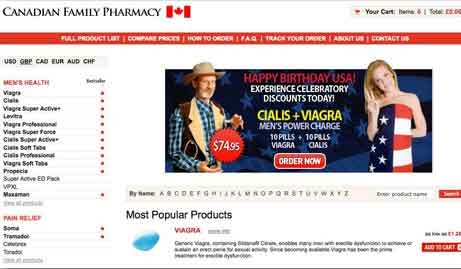 This flaw is being discovered by the Security firm Sophos which encountered this bad url when was reviewing and surfing this social networking channel. It said that the spammers are targeting the people who are madly clicking anywhere to just join the Plus. It’s obvious that the people are very much curious to join this website and the hackers are targeting these set of new-joiners.

But on the other hand, no one can deny the technology used by Big G guys. Its gmail is quite popular among all, along with its other projects. It has kept a hard hand on all the bad junks. And the same for sure would be implemented in this new project too. The company is of course taking some serious steps and changing its implementation to overcome this biggest online hurdle.

It is also obvious that if Big Internet giant G wants to make it successful and do not want to fail it as the previously launched Buzz and Wave then to target and make a check on the fraudsters is must.