The trailer for the upcoming action adventure film, Immortals, starring Freida Pinto, has now been released. The film comes from Indian director Tarsem Singh, who made his directorial debut back in 2000 a film titles The Cell, which starred American actress and singer, Jennifer Lopez. He then went on to direct a film titled The Fall in 2006, before beginning work on Immortals.

Immortals is based on the story of a Greek warrior names Theseus, who battles against imprisoned titans. Theseus is played by Hollywood actor Henry Cavill, who was also recently announced at the latest incarnation of Superman on the silver screen. Pinto plays Phaedra, an oracle priestess who decided to assist Theseus in his mission. However, the pair are forced to battle against King Hyperion, who has disguised himself as the king of Crete, and is played by ex-boxer, Mickey Rourke. 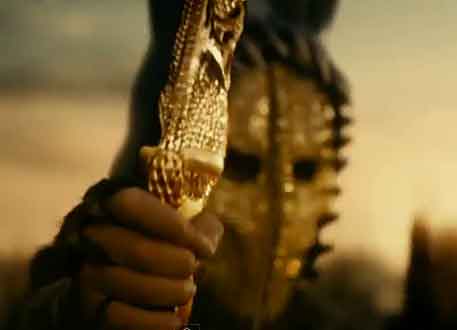 Immortals is loosely based on the Greek myth surrounding Theseus, the Minotaur and the Titanomachy. If you love the Greek myths, often watch myth-inspired films, or even enjoy playing myth-themed games at online sites, then you won’t want to miss this action-packed fantasy film. Pinto, in particular, will be taking on a vastly different role to those which we have seen her in before.

After rising to fame playing the character of Latika in Danny Boyle’s Slumdog Millionaire, she has gone to play a number of other high profile roles. Most recently, she can be seen starring opposite American actor James Franco in Rupert Wyatt’s Rise of the Planet of the Apes. Immortals is also one of the few films based on Greek mythology which will make use of advanced 3D technology. This film will also see Singh reunite with Oscar-winning costume designer, Eiko Ishioka, who he worked with on both The Fall and The Cell. Check out the latest trailer online!