It is a great news for Shah Rukh Khan fans, who want to keep in touch with SRK. After Karan Johar, Priyanka Chopra and Preity Zinta, now Bollywood Superstar Shah Rukh Khan has joined social networking site Twitter. And right now he has near about 38k followers (37959) since him joining Twitter on Saturday. The URL of this Superstar SRK Twitter Account is http://twitter.com/iamsrk.

Being shy, I did not thought to be on twitter.

Thanks everyone, this is really sweet, didn’t expect such a warm welcome. Love to you all, he added.

Right now Shah Rukh is enjoying his holiday with wife and children.

Bollywood Actor’s fans are increasing on twitter at a rapid pace. And people have started creating fake accounts also. I just saw one of fake account http://twitter.com/iamssrk. But it just has 2 followers. So, now there’s no usage of creating the duplicate accounts.

The famous celeb tweeted last time day before yesterday saying that he had a practice session with king of kings in Bangalore. He was sweating too much and he had a great fun. 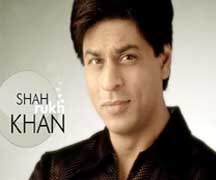 As of writing this article, 898,297 followers and is listed on 16,412 lists. He was following 49 peoples. The actor tweets via a tweeting-service ‘WhoSay’ that helps the artists, iconic personalities, athletes, sportsmen and famous persons to tweet. Till now, he has tweeted 2,156 times. He is following only famous persons including Amitabh, Chinki Pandey, Shammi Kapoor, Best Batsman Sachin Tendulkar, Vijay Malya and foreign celebs like Shakira too. I don’t why but he is also following the tweet service ‘TwitPic’. His following list also has its latest projects like RaOneFanClub and Kolkatta Knight Riders.