France bans anyone to wear Burqas or Niqabs in the country. This ban is forced with the fine of €150 (£132) or lessons in French Citizenship.

The law which was passed in October has come into existence on Monday. The government has issued Public Relations Campaign explaining the need of ban and the rules and punishments of this ban. The government has posted and distributed the required information on various posters, pamphlets and a website.

This is a problem for especially women wearing burqa, but France government has taken care of this and it has made some regulations for Police as well. Police will not be able to ask Women to remove the burqa in front of public. They will need to take the women to Police Station and there she would need to open her burqa. Also, women can cover their face inside their own car.

On the other hand, Muslim People are strongly opposing this law and saying that this is against their religious will.
Many Muslims are coming to peacefully boycott this new rule. Muslim Rachid Nekkaz said that he will sale his €2m property to help pay Muslim victims pay fine. He said that the street is universal home of freedom for all and women should not be forced against their desire to show their face to whole public. But some Muslim leaders are also not opposing this law. They said that they are with nobody. Govt can do what it wants. 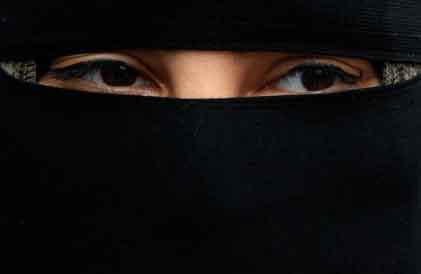 Nearly 5 million muslim live in France but only 2000 wear the face veil.

Some muslims came from Britain to protest against France and around 60 of them have been arrested.