Late Sunday night and Mumbai youngsters, all drunk were enjoying in a rave party. It included around 60 girls and 240 boys; all were dancing and were carefree from anything. The party was going on at Khalapur Resort in the district of Raigad, Mumbai.

Suddenly, there was chaos all around as the local police raided the resort. The crime branch officials got the information from some unknown source and without wasting any time, they went to the required place.

The boys and girls, all were caught red-handed. The 300 count also included some officers. The age of almost all the peoples found were in between 20 and 26. Only some of them were in the thirties.

The officers who are caught are on the special screening. For escaping themselves, some even said that they came just to see what’s going on and they were unaware about what all was happening there. Their intentions were not wrong and they did not want to be a part of this rave party. They said that they are civilized persons and belong to a good society. So, it’s no question of having involved of them in this fest. 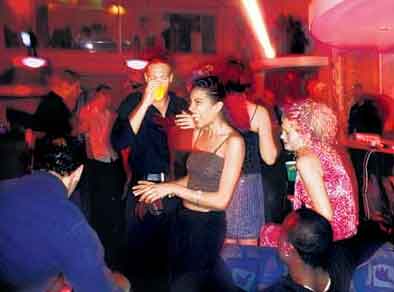 But the crime branch and local police officers said that they have to arrest them as they are caught in this rave. Whatever the excuse may be, it would and should be explained in the PoliceStation.

Rd Shinde, the superintendent said that the proper actions would be taken against all accused.

Some of the youngsters came from Mumbai and others from Pune, as both the cities are at equal distances from the resort in which the young guys were having fun.

It is clear that their bad fun is being spilled into trashes.