What started off as a peaceful democratic protest against President Al-Assad’s government in 2011 has turned into an all-out civil war, rendering more than half of Syria’s population either homeless or seeking asylum in neighbouring countries. Currently, there are over 4 million Syrian refugees who have been forced to flee the country and over 6.5 million people who have been displaced internally within Syria. The United Nations and a host of other international organisations have accused the Syrian government and its allies of extreme human rights violations, including the use of chemical weapons against civilians.

The Current Scenario
While countries like the United States and members of the European Union have called for Al-Assad’s resignation, Russia and China have shown support for the president of the volatile state. The war was sparked after the government ordered Syrian forces to open fire at demonstrators who were protesting against the unjust arrest and torture of Syrian teens who had drawn some anti-governmental graffiti. Soon after, many soldiers in the Syrian army refused to open fire at civilians and defected, leading to the formation of Free Syrian Army. 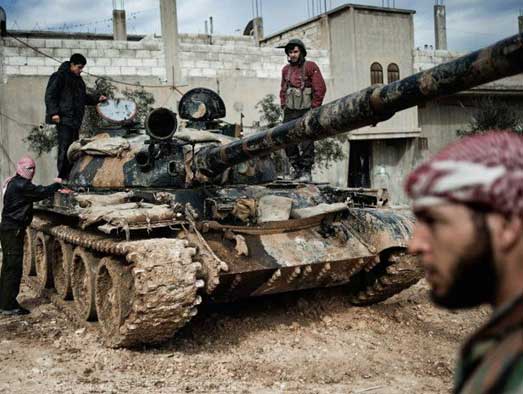 The war currently being fought in Syria is not a simple affair as there are more than just 2 conflicting factions. The 6 major groups currently involved in the Syrian War are:
? The Ba’ath government led by Bashar Al-Assad
? The Syrian Opposition consisting of the Syrian National Coalition and a few other anti-regime movements
? ISIS/ISIL led by Abu Bakr Al-Baghdadi
? The Rojava led by Salih Muslim Mohammed and Asya Abdullah, Co-Presidents of the Democratic Union Party
? Jaish al-Fatah, a military anti-regime alliance
? The Combined Joint Task Force, consisting of troops from the United States, United Kingdom, Jordan, Qatar, UAE, Bahrain, Morocco, France, Australia, and Turkey

Who Does It Affect?
Perhaps the most disturbing aspect is the plight of Syrian citizens, who have been forced to fend for themselves and find their way to safer ground. Families are being exploited by people who offer them safe journeys via sea routes into Europe. Unfortunately, not many make it through the treacherous trip across the Mediterranean Sea, and those who do face a new set of challenges seeking asylum in Europe. On 2nd September 2015, the world was shocked when the body of a 3-year-old Syrian boy washed ashore in Turkey; the aftermath of his family’s failed attempt at trying to reach the Greek island of Kos. 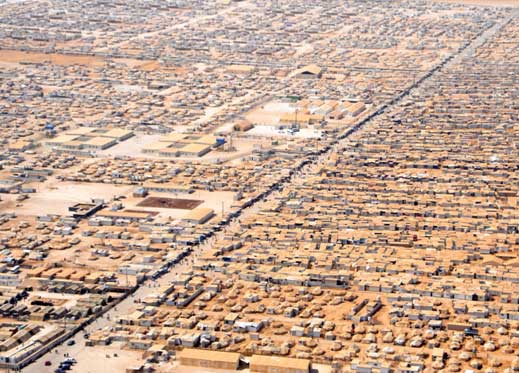 There is currently a lot of conflict amongst European nations regarding the refugee situation. To start with, there’s a giant cultural gap that needs to be filled when it comes to dealing with Muslim refugees. With Islamophobia on the rise, there is a large population of people who are extremely apprehensive about allowing Syrian citizens to settle down in their communities.

Another issue is the fragile political and social structure of the countries that most Syrian refugees are flocking to. Turkey is harbouring over 2 million refugees while Lebanon is offering shelter to another million. Jordan and Iraq are also giving refuge to Syrians crossing their borders. Each of these countries has their own unique set of problems to deal with. In Europe, countries like Greece are already dealing with an economic meltdown, making the process of taking care of refugees and setting up refugee camps a difficult task.

By mid-2015, over 150,000 innocent civilians had been killed in the crossfire. ISIS capitalised on the volatile war-torn region and took over the majority of Syria, establishing themselves as the self-proclaimed Muslim Caliphate. Babies being born in ISIS-controlled regions are being issued ISIS birth certificates and strict sharia law is being enforced. The extremist group has executed a number of western journalists since it took administrative control over Syrian provinces. In response to the ISIS menace, European nations and the United States are carrying out joint operations and launching airstrikes on ISIS military bases in an attempt to allow Syrian anti-regime forces to regain control over those territories.

For more world news in Hindi, you can head to the DainikBhaskar’s International News Section.