Laden was the second name of terror and destruction. He was born in 1957 in Saudi Arabia and was responsible for terror and threatens in many countries of world. He was the head of the World’s Biggest Terrorist Group and hired and trained young men for its group. Almost all the men that he hired were Muslims. Even boys of 15 years were in his army. He was a civil engineer but then indulged himself in terrorist activities and formed a Muslim Terror Group in Afghanistan.

His father had 52 children and he was number 17th born. His father was Mohamed bin Laden from Yemen, who later on migrated to Saudi Arabia for his construction business. Here, he made his own company and earned billions. His company became one of the biggest Construction Firm in Saudi Kingdom. Osama’s father had 4 wives and wife Syria gave birth to Osama. When his father died in an aircraft accident, Osama took control of whole family business.

Osama’s childhood friends were all Muslims. He was deeply touched by his religion. But then he mixed the religion with politics. He started taking parts in the politics. Abdullah Azzam was one of his professors and a Palestinian scholar. He took a lead role in the rise of a new pan-Islamic religious movement. Abdullah Azzam started helping mujahedeen to beat Soviet Union’s Afghanistan invasion in 1979. As Bin was financially very rich, soon he was made the Top Financier of the organization and one of the most respectable person of organization.

More On Terrorists,
* World’s most Wanted Terrorists
* Is Pakistan a Terrorist Country

Laden family was responsible for the renovation of Mecca and Medina Mosques. These 2 are regarded as Muslims Holiest Places.

At the age of 22, he left for Afghanistan and joined the US backed call to arms against Soviets. There he helped Islamic people to build the homes, roads and full construction of Afghanistan. He used his own money for all this. 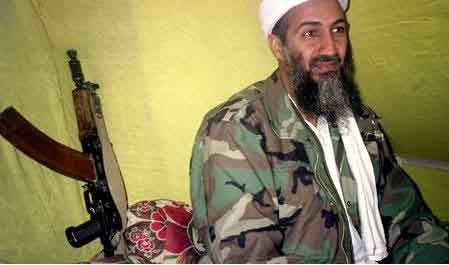 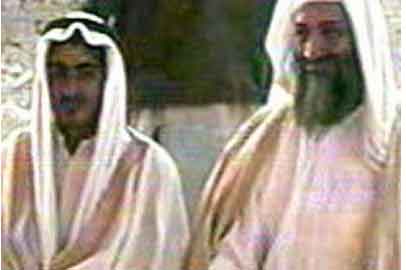 He stayed there around 10 years and in late 1980s, he founded his organization Al Qaeda. At initial stages, the organization’s aim was to provide shelters for the Arab fighters and their family members. Soon, he started organizing Training camps where the soldiers were trained so that they can fight against the Soviets. Soon, Al Qaeda’s main focus strengthened on to train the Arab soldiers and fighters for fight and attack. Osama’s mind diverted to destruction after that and he started increasing the number of fighters. The hiring pace increased rapidly.

However when in 1990, Soviet union disintegrated, Osama turned his eyes to World’s Super Power United States.

In 1997, he declared an open war to which he called ‘jihad’, meaning holy war. The war he declared was against United States.

He attacked American soldiers in 1993, and then attacked US Embassy in 1998 and on September 11, 2001; he did the major destruction to America killing more than 3000 civil people.

After this attack, US declared a war on Osama and Afghanistan. But Laden was able to rescue from there.

USA President Barack Obama was in search of this terrorist since that date and finally found him in Pakistan.