Since I have started writing on Dera Sacha Sauda and their spiritual master Baba Ram Rahim Gurmeet Singh, I am very much impressed by the works that he is doing for the sake of humanity. I can say that he is the True Human Being that is practicing the human-welfare tasks at such a broader level.

I have already blogged about some strange and unbelievable movements by Baba Ram Rahim Gurmeet Singh, especially the one in which he asked his followers to wed Prostitutes. As per him, this is the only way to end the so called Prostitution from this world. Ram Rahim Singh believes that this prostitution is eating the society vigorously and this evil should be uprooted from our society at any cost. And more strange to this is that on just one appeal, his volunteers obeyed him and have started marrying the sex-workers.

Till now around 15 marriages are being done and now, Ram Rahim, in his spiritual ceremony (satsang), said that all the marriages are getting success. 2 of the girls have given birth to children and both have got boy babies. To this, Gurmeet Singh said that God is also with this step and may be, this way he too wants to end this social evil.

Baba Ram Rahim said that the girls who were forced in this profession are coming forward to settle their homes. They are coming to the Ashram where they are treated by World-renowned doctors and when they are completely alright, then they are wedded to youngsters. 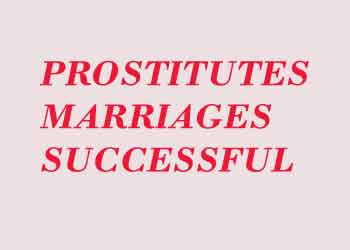 The point to be noted here is that around 3000 DSS male followers have already filled the forms to wed sex-girls. But the sex-work girls are coming very few in number. So, that’s the reason the other boys are still bachelors. Some girls do not want to leave this ugly work and others who want to leave, are being threatened by the wrong-doers. But some who get success in escaping from the trap reach DSS in Sirsa and turn their lives.