Yahoo announced on Monday that it will be closing its Buzz on this 21 April 2011. It said that it was a hard decision to take but it is mandatory so that the company can focus on its main strengths and applications.

Yahoo Buzz is a social networking channel that allows you to share your stories to it. You can buzz up any article and it’s shared on this channel. It is like Digg.

Yahoo Buzz, that was launched in November 2008, is not able to attract so much crowd. The company launched it with the aim to target a wider audience and make its place in social networking. But it failed to do so.

When it went live, bloggers and website owners added this icon to their websites in order to gain traffic from Y! Buzz. The articles can also be directly added by going to main Buzz site. This service gained popularity only due to Yahoo’s advertising. But was not able to convince people to fall in love with it as they are with Twitter. 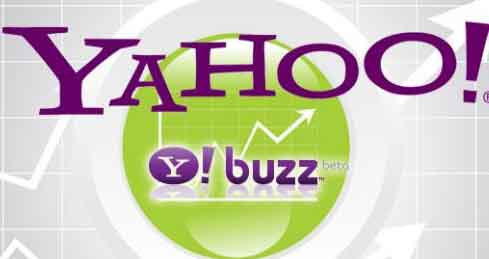 Some of the blogs like PCMag participated in alpha trial of this web application in February 2008. In December 2010, some reports came that Yahoo will close its Buzz and Delicious services. The company confirmed the closing of Buzz but still any time-dates were not leaked.

A Yahoo spokeswoman said that they want to put their major strength on their core services and apps. So, buzz requires to be closed.