Samsung India has announced that it will be launching its Galaxy II phone in May 2011 in India. Though the company hasn’t disclosed the exact dates, but said that it would be in May. The exact price is also unknown but it’s been expected to be between Rs. 30 k to 35k.

No doubt, galaxy smartphones are very popular among Indian youth and this Galaxy II can give good money to Samsung and India can be a good market for the said phone.

This smartphone was first shown in Feb at the Mobile World Congress, Barcelona and since then, the rumors of its launch in India have been revolving.

You can have a look at some of the below mentioned features of this mobile. 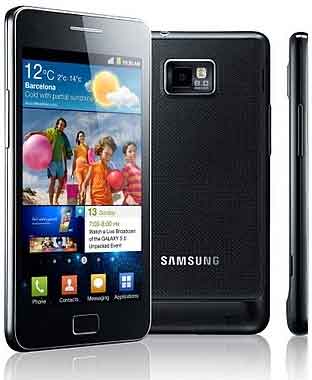 No doubt that the phone is good and have lots of advanced new features and specifications but then also Indian consumers need some cheap mobiles. Something that their pocket allow and they can afford that. Rich people can buy it but if Samsung wants to sell the quantity then obviously it should try to lower the prices else the phone will go just after some days of release.

After Micromax has started launching the cheap sets, the costly handsets world has started lowering from India.

I personally think the price range (30-35, 000) is tough to be consumed by Indian Market. What you all say?