The small town of Shirdi which located in the Ahmednagar district of Maharashtra is one of the most popular spiritual places in India.

Places to see: The place is most famous for the temple shrine of ‘Sai Baba’ who is considered to be amongst the greatest Saints to have walked on earth. Shirdi is home to various spiritual activities linked to Sai Baba providing immense peace and happiness to the devotees. Sai Baba lived in Shirdi for most of his life and there are many tales of his spiritual influence associated with this town. He is known as a Saint who showered selfless love to the poor and downtrodden. The main temple is the place where he attained his ‘Samadhi’ in the year 1918. 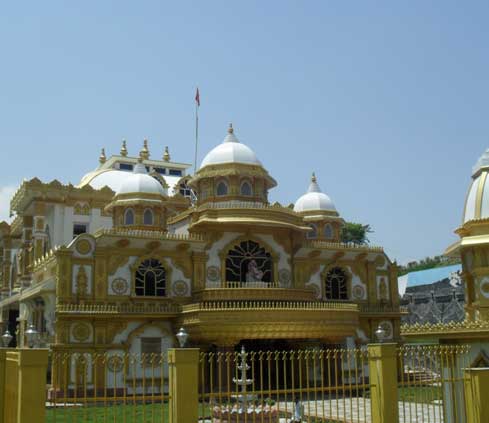 ‘Gurusthan’ is another significant place which sees a huge influx of devotees. It is the Neem tree where Sai Baba was first seen meditating when he was 16 years old. There is a book store in the premises where devotees can browse and buy various literature related to this great Saint. Devotees are not allowed to carry mobile phones and cameras within the premises. 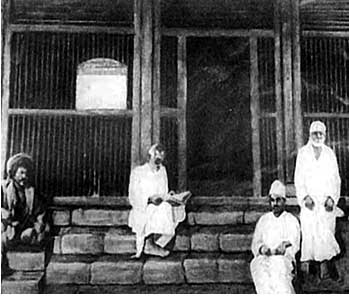 On their trip to Shirdi, devotees also make sure to visit ‘Dwarakamayi’ which is a mosque located adjacent to the Sai Baba temple complex. Sai Baba resided in this mosque for 60 years before attaining Samadhi. The structure houses a fire flame called ‘Dhuni’ which Sai Baba always kept burning; it has been kept like that since then. Few of the Sai Baba’s articles like the fireplace and stone on which he used to sit are displayed in the premises. 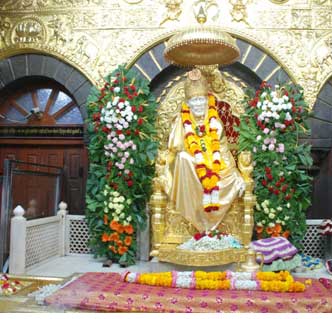 Adjacent to Dwarakamayi is Chavadi, a place where Sai Baba used to sleep every alternate day. A ceremonial procession is taken by devotees every Thursday night from Dwarakamayi to Chavadi.Other important religious places in Shirdi are Khandoba Raya temple, Abdul Baba cottage and ShaniShignapur. 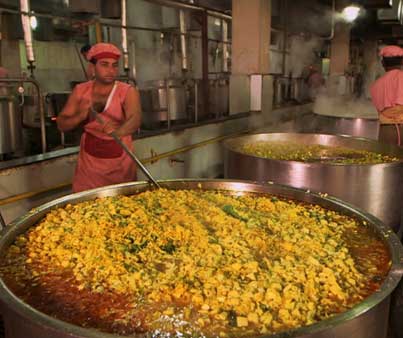 Shirdi being a temple town offers mostly vegetarian food. It is especially famous for sweets like Ladoos and Bundi which are savored with delight by the devotees. Food in the form of Prasad is offered at the Sai Baba temple; it is cooked in the world’s largest solar kitchen which makes it a rare experience for the devotees. Other than that there are many good restaurants where you can get multi cuisine food options like Gujarati, Maharashtrian, South Indian and Continental. Guava and Pomegranate juice are the most popular drinks and are available throughout the town.

How to reach:
The nearest airport to Shirdi is Aurangabad but most people prefer landing at Pune because of better flight availability and more options to choose timings. It’s convenient to hire Pune to Shirdi cab directly from airport and you can book through a reliable online booking platform for cabs in Pune. Kopergaon is the nearest railway station if you plan to come by train. Most common mode of travel is via road since Shirdi is well connected to major cities including Pune through well maintained highways. You can easily book Pune to Shirdi taxi using Savaari’s portal wherein you will get many options to choose your preferred taxi in Pune.