Bollywood Villain Rami Reddy died yesterday noon on 14 April, 2011 at KIMS Hospital, Hyderabad. The actor was admitted in the hospital for the treatment of his kidney. He was 52 years of age.

Basically, he was a South-Indian actor who later joined Bollywood. He worked in Kannada, Tamil, Malayalam, Hindi and Bhojpuri movies, with a total of more than 250 movies.

He was a fun character. Once someone asked him of his increasing weight, he laughingly quoted that he is not following zero size formula else he would not be a good villain which Indian Cinema wants.

He was basically from Chittor and graduated from Osmania University of Hyderabad. For some time, he also worked as a journalist in an Urdu and Hindi Newspaper.

He got his first break in Cinema in 1990 by Tollywood Director Kodi Ramakrishna, who took him in his movie Anusam. 1990 was a lucky year for him as he got chance in Bollywood in same year in Pratibandh and worked with Chiranjeevi and famous actress Juhi Chawla.

Suniel Shetty shocked to hear his expiry and said that it’s unbelievable for me. He can’t die. He was even younger than me and how one can go at this small age. He felt very sad on this. Shetty further said that during action scenes, we used to laugh and I generally said that he is so fat that I can’t beat him. The first movie Suniel did with Rami Reddy was Anth and after that, he always wanted him to act as a villain for his movies. He was a great artist. 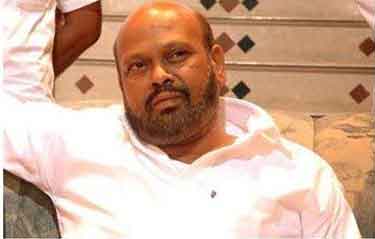 Suneel Darshan, who directed Talaash, said that the actor was amazing. His performance was great and will always be memorable among all. He was not so good in Hindi but his appearance matched to villain very well. Moreover, his not so fluent way dialogue speaking became a plus point for him.