A controversy is going on between the Bollywood Actress and FilmMaker Madhur Bhandarkar. Madhur is claiming that he signed his upcoming movie with the actress but the truth that Aish is pregnant was hidden from him. This is a great shock to him as the pregnant lady can’t act in the movie and can’t be presented as a heroine in movie ‘Heroine’. The shock became more worse when the UTV Producers decided to stop the movie.

He claimed that he has gone into a state of depression where he is unable to take any decision that what to do next. The Heroine is one of his most desiring project and he is been deceived by the person going to play the leading role in the film. He said that the woman has jeopardized his career.

• Why Bipasha and John Break

He said that all these circumstances could have been avoided if the bollywood girl would have told everybody about her pregnancy. He added that it’s a great loss to him and all the persons whose expectations are attached with this new project.

Bhandarkar added that the lady’s pregnancy was around 4 months old but she was hiding it from all. He came to know about this only from the television and newspapers. 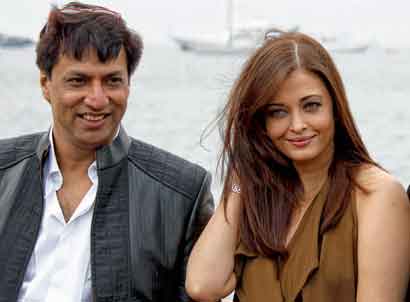 On this, Aishwarya Rai Bachchan said that she didn’t take any money from anybody then where the loss is and what is the loss in it. It’s different that the pregnancy news were revealed or not but there’s no question of any type of losses. She has not cheated anyone.

Superstar Big B Amitabh Bachchan also took his daughter-in-law’s side and said that he has not seen any contract till now in his Bollywood-career where it is mentioned in the contract that anyone should reveal his/her personal state. And the same was with this contract also. It was not mentioned anywhere that the pregnancy condition is to be told before signing the legal papers.

He said that none has the right to interfere in anyone’s personal life as some people are trying to induce Aishwarya. Amitabh further said that Ash has not cheated anyone and she is very innocent.

Actress Ash’s husband Abhishek Bachchan also said that no one should disturb his wife in this very stage.

On the other hand, Madhur said that Mumbai film-making is dependent on the mutual trust and faith and just a true message would have been in everybody’s favor. The movie was announced in Cannes festival on 13 May and the real shooting began from 7 June. There was already a gap of more than 20 days and if Ash didn’t tell before announcement, she should have told all in this gap.

Prior to today, Madhur Bhandarkar has given various hits and superhits such as Fashion and Page3 and has won National Awards also for making the Hindi movies.

Madhur Bhandarkar added that we all have humanity in ourselves. The shooting of Heroine involves the places of massive human crowds and during shooting at one of the scenes, the associate director had a fall in which he injured himself. He said that thanks to God that Mrs. Bachchan was not in his place, else he would have felt guilty throughout his life. Had this been true then he would not have been able to face the common public also and that too for his entire lifespan.