Facebook on Wednesday announced that it has done a collaboration with Skype and it will be launching the Video Calling facility on its website. The CEO of company, Mark Zuckerberg calls this new feature as something super awesome and which is going to bring revolution in social networking.

Mr. Zuckerberg told that Launching Season of 2011 is today when a new functionality that will obviously revolutionize the things is being added.

The biggest social networking channel currently boasts of more than 750 million users world-wide and they all, if know each other, will be able to interact on the video.

The company has partnered with Skype on this new functionality that’s been introduced now. CEO of Skype Tony Bates said that both of the companies are working together from the last 6 months and with this deal, both are going to benefit.

Mr. Tony said that this deal can intermingle some of the paid functionalities of skype but this would be done slowly and with passing time.

One of the major drawback FB’s new service is that its users would not be able to call the persons that are having the Skype app installed and the same holds opposite too. But Rick Osterloh, skype’s Product Design head said that this functionality would soon be corrected and added.

For this chatting, the person should be in your friends’ list. Initially type any text-message, say ‘Hi’ to him/her. The blue color bar in the top will contain the camera icon. Clicking on it will request your friend the permission and if he/she allows then you can chat with him/her easily as if both of you are sitting in front of each other. At the first time, you have to download the default software. The estimated downloaded time is 20 seconds. Your photo will be seen in the smaller window with the main window acquired by your partner. 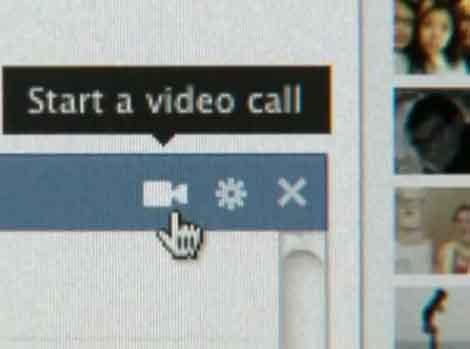 • Users can chat by seeing each other faces.

• This is same as Google +1’s Hangout and Apple’s Facetime.

• The Google Plus One hangout has the advantage that a full group can see each other and can do video-conferencing unlike Facebook, where only 2 users are permitted.

• It is not available on Mobile Phones. However, the company is planning to launch it soon on mobiles as well.

The first testing at the inauguration event is been done by Philip Su, an engineer involved in the development of this module. He said that he is feeling very delighted today.

The company also expects of increase in the number of its users and the time spent on the website as a whole with the arrival of this new module. It said that now-a-days people are more tilting towards seeing the caller’s face than any text-messages. So, it will definitely is going to be a boon for them.

Let’s see how this new step goes. Please share your views that how much you like this app.