We are letting you know here the most common words and sentences that ladies often use in their language. The girls, whether they talk with any known person or with any stranger, use such words while talking with them. They do not care that the person with whom they are talking is any boy or girl or whether he or she is their friend or enemy. At many times, they forget everything and use these girly common sentences in their language.

It is also a known fact that the ladies are much talkative than the gents and they do always indulge in themselves in talking. A great philosopher once said that the eighth wonder in this world would be that the two women are sitting together and they are quite. It is very true that the girls cannot keep their mouth shut, even for some period of time. They are and they like to be talkative. If they are alone then they always try to search any companion with whom they can talk and pass their time. 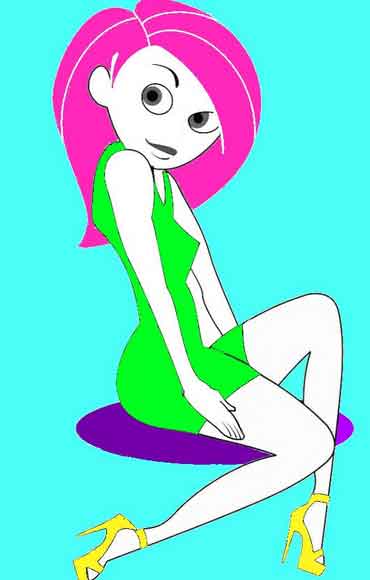 The below listed sentences are some of the sentences that the girls use in their daily language and that too very often.

• Hey God: Many a times when the women come to know of any strange thing for which they were unaware till now, they use this slang ‘Hey God’. I personally do not know if they want to show their devotion towards God and spirituality by using this slang. Also, when they saw any strange item then also they repeat the same word. This word ‘Hey God’ might have been attached with their strange activity :).

• Very Funny: When any good friend of the girls tries to make fun of them then they use the slang ‘Very Funny’. This slang shows their friendship with that person. The mischief can be done by any woman or man. So, this word can also be used for anyone – man or woman. The ladies also utter this when they are made fool by any of their close friends. When they see that they have been fooled by their friends then they speak this in order to save themselves from the foolishness and to prove in front of others that they are not been cheated and they knew that what was going to happen. I can say this with my personal experience as my girlfriend used ‘Very Funny’ when she was made fooled by her friends. I did not fool her but saw the activity that she did in front of everyone :). Really, women are women :).

• You are Naughty: When the boyfriend of any women makes her fun and makes childish activities in front of her then women say ‘You are Naughty’.

• Doggy: When the childish activities of men are mixed with some romantic flavors then women say them as doggy. This does not mean that the ladies want to say them as dogs but it just means that they want their men to act as dogs for them. Such as a dog takes care of his lord; in the same way the ladies want men to take care after them and so that they can treat them as good dogs :). Actually, the fact is that the men also love to be called as dogs by their girlfriends. This is true and all boyfriends must agree on this.

Also see, saying I love you

• I will not talk to you: When the ladies find that their partner is doing some mischief that is becoming as unbearable for them then they use this slang and say them that they do not want to talk to them. They actually want that their partner should feel sorry to them for what they have done and in this way, their value will rise. They also want that their partner should love them after they utter such a sentence. Some of the females say this sentence in a polite manner while some in anger. But all have same motto that their partner (whether he is their boyfriend or their husband) should love them and should feel sorry in front of them. Again, they want that their boys should bend on their knees and should behave like a dog in front of them. And if the females passes a little smile and say ‘Doggy’ to their males then it means that they have forgiven their male-partners and now, they are happy with them.

• Idiot: When the men do some general act in silly way then to prove the dominancy over the men, the women award them with ‘Idiot’ word. They say them idiot and then do that work correctly. After doing that work perfectly, they show that correct work to their boyfriend. After this, they become very happy and show their superiority over the males. Sometimes, the males do such mistakes deliberately in order to see that how their women will behave. And when their women do that work properly, they appreciate them and get some good words from them.