There is a small well in one of the villages of India that is considered as mysterious. The village name is Asmoli and is located in the Sambhal area of Muradabad district of Uttar Pradesh state. The villagers that take water from this well believe that any person who drinks and baths with this water gets free from all types of diseases.

Not only the person gets rid of his diseases but he also becomes holy and if that person has done any sorts of wrong deeds in the past then all those wrong deeds get wash with this well’s water. The water of this mysterious well is considered as very sacred and the villagers believe that many years back, some Hindu God has blessed the water of this mysterious well and since then, the water has become sacred. 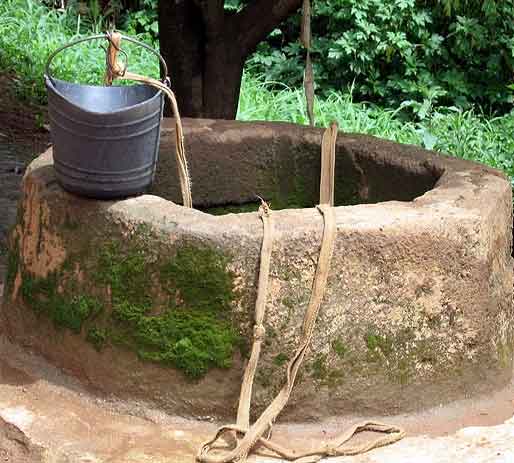 Due to this holy water, a fair is also organized here every year in which people from far away areas come to bath in the water. In the fair, various funny items like puppet dances and plays are also played. Along with this, the people distribute sweets on the stalls and the owners of these stalls also earn money in this way.

Such fairs can be seen at many places in India and this is not the main reason that people come here from far away places. The main reason is that well which contains that holy water and which has the capability to get rid human beings of diseases.

In this modern world, such things are considered as superstitious and no one can believe that just bathing can get rid of diseases. Scientists will never believe on such things and according to them, this is just false and wastage. But the people who are living in that area say that they have experienced the proof and they can’t deny this. They say that whether anyone believe on this or not but this is true according to them.

One villager said that his wife was suffering from skin disease and he consulted many doctors but no doctor was able to treat her. When he bathed his wife with the water of well then she became alright within 2 days after bathing. He said that there is something in the water.