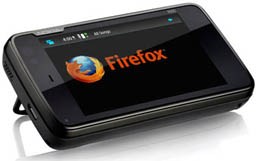 However, its Beta 4 version will work only on the phones with Mimo and Android operating system but according to the company, they are soon going to launch the version which will work with every type of operating system and on any kind of mobile. The other feature of this new version is that you can operate it in only 9 seconds on your phone. However if you are using Firefox Beta 4 with some other applications, it can be extended to maximum of 15 seconds only. According to the company, 15 seconds is maximum time and it will not exceed from it.