Every mother has  her own ways and standards to raise her kids. However one often comes across certain facts , which sounds pretty funny to the ears. The latest news is about quadruplets in China. Yes people! this news is not about technology  regarding China.  It is about a mum’s invention to identify her kids. Funny, but true. A woman  living in China is blessed with quadruplets. Now it is definitely a difficult task to identify them. However the mother has derived a pretty smart way to identify and differentiate  between them. 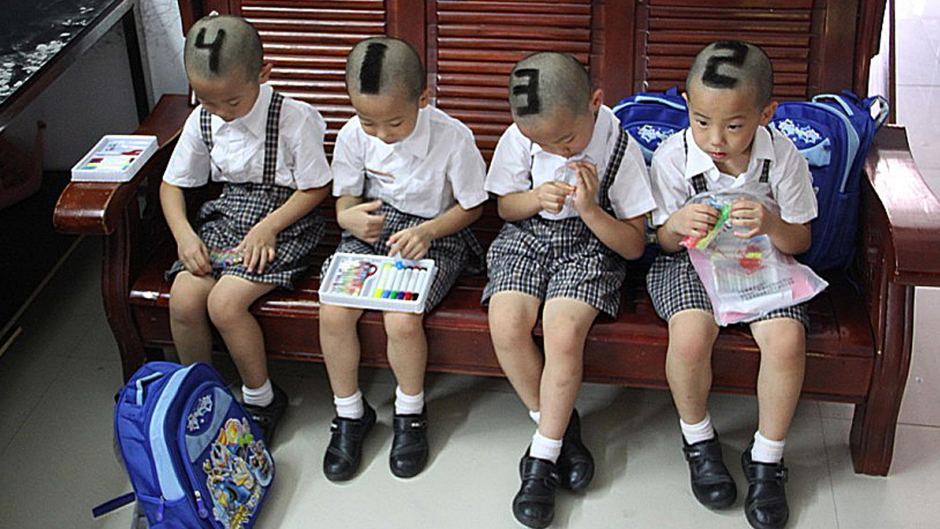 It also gives ideas to other mothers, who have twins, triplets or quadruplets. Identification is no longer an issue for identical children as long as you are ready to shave off their heads and imprint numbers there. However there must have been a better way. Let’s see maybe another mother will invent a new identification criteria. This is a fact, that it  is difficult to identify children who are twins, triplets etc. These children tend to become a puzzling mystery for the world and can even lead to funny situations sometimes. However for a mother the child is never a mystery and she can definitely differentiate between her kids.