Micromax, the Indian Mobile Manufacturer is again in the news with its upcoming model A55 Bling2. After success of A60 Android mobile phone, the company launched A70 and now again is in the news. The bling2 is creating a buzz all around.

The company since the day of launching its handsets in India has remained always in the news. Its main aim is to target the customers by offering them the cheapest smartphones. It has created a revolution in the mobile industry since its inception. After Reliance, Nokia, now Micromax always remains in news.

The Bling 2 has 7.112cm Multi Touch Capacitive Screen and runs on Google’s Android 2.2 Froyo Operating system. It has 3MP camera, has 3G and pocket wireless internet. It is the successor of Bling and unlike it, it does not have the QWERTY keypad. But the set has shining white dots on its front. It seems that it wants to target mainly the girls. Initially, Nokia also made its N8 pink mobile that was mainly good in design. It looks that the manufacturers are going on for good looking designs. 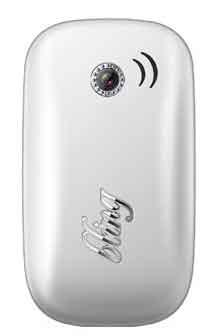 The mobile phone is expected to be at a price of Rs. 8000

The company is so confident of this phone that they have started a new website for it. If you order it through their site, you can get a complimentary Satya Paul clutch. You can order it from Micromax Bling.