China flew its largest helicopter without any human being on Saturday, May 7, 2011. The flight was tested in the morning from Test Center of Weifang Tianxiang Aerospace Industry Company Limited, in the Weifang City in China’s east Shandong Province.

This V750 Helicopter is the largest unmanned helicopter of till now made in the country.

The size of the helicopter is not so small and it’s not too large also. Infact, it’s a medium sized and its max take-off weight is 757 kg.

Within a distance of 150 kilometer, human beings can control it or it can fly on its own also without any human.

This aircraft is made for rescue purposes. Plus, it will also help in military purposes. It will do the job of a detective in enemy’s area. It will help Chinese government during carrying out rescue operations. It will help in searching lost human beings in case of any disaster, whether natural or any other type. 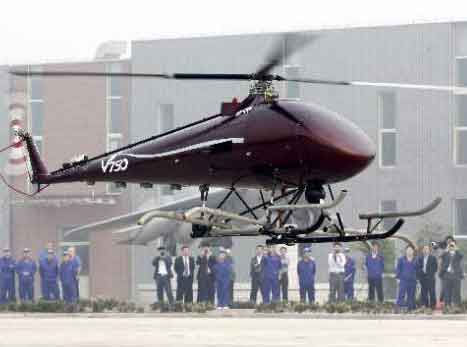 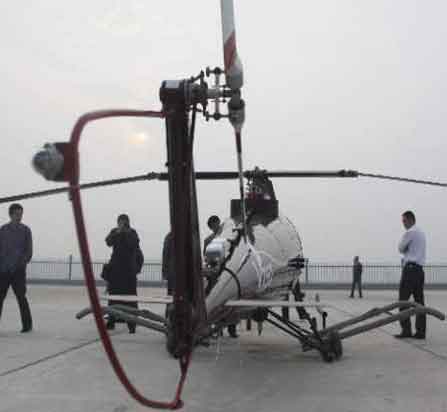 It can be controlled automatically by engineers sitting in the center and as per the commands given on the screen; the aircraft can fly in the sky and act upon further orders.

It can prove very useful as there’s no need of any human being in it and it can save human loss if by chance, there’s any damage to the helicopter. But yes, it involves a huge cost but far less than the life of any human.