Shane Watson of Australia made a Cricket World Record by hitting 15 sixes in any ODI innings. Watson broke the previous record of Marshall of 12 sixes which was against Canada.

The match was between Australia and Bangladesh in Dhaka. Bangladesh set a target of 230 for Australia. Australia won the match with 9 wickets and 24 overs. In this match, Opener Watson made a rememberable 185 runs in just 96 balls, with 15 fours and 15 sixes.

Explaining what led to his so hard hitting, he gave an interesting answer that it was very tired for him and he was unable to run in the hot and humid weather. So, he started hitting 🙂 . He said that he was trying to hit as fast as he can. He said that his mind said either boundary or get back to pavilion.

His last 6s let him to break Matthew Hayden’s 181 not-out score and also Ricky Pointing’s record of winning runs. But Shane Watson said that he didn’t remember about Hayden’s records and he was not at all to break any of the records. It all happened automatically. 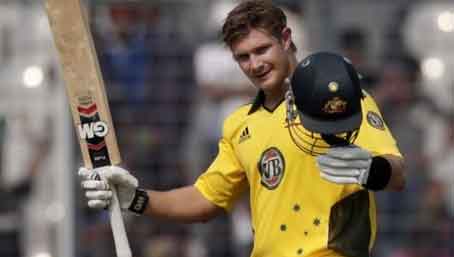 The moment innings started, Shan started hitting. Pointing also helped him in this. He took single and gave him the strike.
Some of the 6s were too lengthy to be able to cross any cricket stadium of the world.