We all are well aware that the development of science has brought many pleasures and joys to us. Cinema is also one of the most attractive pass time in our daily life and most of us are inclined towards watching a movie with our families, spouses and occasionally with our cross gender friends. It all contributes towards relieving our taxed minds and also prepares us well for meeting the next day’s work challenges in a more befitting manner.

A couple of days back my wife happened to learn from one of her friends (neighbour’s wife) about a new movie on display at a newly constructed cinema hall in our town. Her idea was, well let’s kill two birds with one stone. It essentially meant that we shall see the new cinema and the movie simultaneously, thereby saving not only on time but money also. So we both waited patiently for the weekend to come. Throughout the week waiting for the movie, she kept discussing the pleasure we shall get by watching the movie sitting side by side in the dark cinema hall, eating popcorn and chocolates, which we were supposed to carry in the hall with us right from the very beginning.

Crazy Happening At The Drive Thru

Ultimately the day came, she reminded me in the morning twice to get the booking done for the cinema in the last show. She was so excited that once she called me in the office as well. I being busy in a meeting, my secretary was reluctant to get me through to her, this disturbed my wife, she yelled on the secretary and the poor lady had no choice but to get her connected to me. My secretary sheepishly told me that my wife was insisting to talk to me. I was a bit worried on her call in office as generally she never called me at work unless it was a case of extreme urgency. However I realised that it was nothing else but her euphoria that she once again reminded of the movie and need of getting the tickets in advance.
I assured her there was no need of such a concern but she was insistent that on my way back from the office I must drop at the cinema to get the tickets. I being a loving and faithful husband was now left with no choice but to do what she was asking.

In the evening I generally break off from the office at 5pm but on that day I winded up a little earlier, went to the cinema and got the tickets as per her desire. During the cinema visit, the long queue of personnel interested in getting the tickets made me hesitant and the first reaction was to return empty handed, as it looked it will be a long process if I stood in the queue but then love for my wife forced me to stay around. Simultaneously I was looking for the shortcut, being an Asian I knew that the shortcut would be there and soon I noticed that a man was selling tickets outside the ticket counter at exaggerated rates. I availed of the opportunity and got two tickets from him at almost double the actual price.

When I returned, my wife was waiting for the tickets, first thing she did was to see the tickets and then gave a ticket to me keeping the other one with herself, we both never bothered to see our seat numbers on the tickets. So sometime before the movie we started driving, purchased popcorn and other accessories en-route, my wife kept all the purchased items with her and also took the promise from me that I shall just sit quietly beside her in the movie, eating popcorn etc from her lap. Once we reached, there was a great crowd. With a lot of difficulty I managed to reach my seat thinking that my wife was trailing me. The moment I sat on my seat, the movie started, it was a horror movie but an interesting one. It was more than usual dark in the hall, was very difficult to make out who was sitting beside me. My neighbour opened a popcorn pack in the lap; I started eating it quietly thinking she was my wife. Really enjoyed till the time it was interval, the moment cinema hall lights started working I realised that the woman sitting beside me was my neighbour’s wife with an empty pack of popcorn lying in her lap and my wife looking ferociously at her and me. 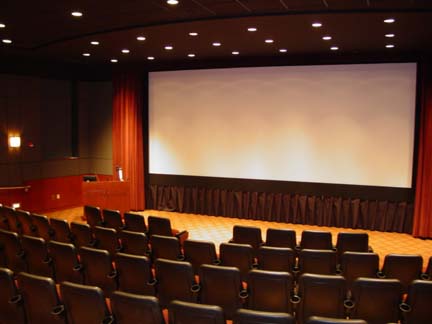 She immediately demanded me to take her back to house, en-route she kept fighting that I had intentionally missed her in the rush to sit beside our neighbour end enjoy. She refused to admit that it was all due to great crowd in the cinema and her mistake of not noticing that the ticket seller had given me two seats which were away from each other and I had sit beside my neighbour by mistake, not on purpose. But it’s between you and me friends, that I enjoy now when I recall the movie session in the hindsight and take pleasure by assuming that I saw the movie ( whatever I could ) in company of my neighbour’s wife. Hahahaha