A man living in Sacramento, California of United States of America has been given ten years of serious imprisonment for sexually torturing a little puppy. The man by the name Robert Edward De Shields did sex with his 8 month old Chihuahua and when the court came to know of this, it announced so harsh punishment for the man.

Robert Edward De Shields has problem in his both legs and so he is confined to a wheel-chair. In March month of year 2011, his neighbors, when saw the dog, suspected that the animal was scared. The other day, the neighbors saw that the small puppy was missing. This further increased their doubt. They then searched for the animal at many places but were unable to find it. 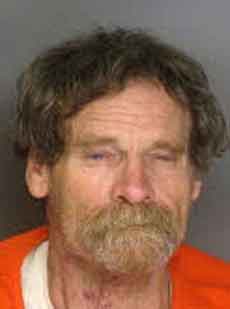 The neighbors then one day saw that Robert and his little puppy both were in some strange condition. The little puppy was very much in pain. They took the Chihuahua with them and examined him from the animal doctor.

It is to be noted that Chihuahua is a very small dog and is thought to be originated in Mexico. It is a descendent of Techichi which was kept by Mexico’s Toltec civilization.

More to see,
* Read more for – Strange love with cars.

The doctor mentioned in his report that Robert Edward De Shields has done great harassment of the little animal and now the Chihuahua is under mental depression due to this.

The puppy by the name Shadow is now kept at a shelter under the supervision of Laura Badeke. Laura says that Shadow is tortured mentally and physically and in order to recover from the whole loss, he can take several days or even months.

American man Robert Edward De Shields is a drug-inhaler and he inhales methamphetamine and due to this only, he committed such a serious crime.

The court said that whether any person commits any mistake by inhaling drugs or in normal way, the crime is considered as crime and he cannot be forgiven for this and so, Robert Edward is being given harsh 10 years imprisonment.