If you have married recently or it is been a long time to your marriage, whatever the time-period be, it doesn’t matter but if you have not done sex with your wife then beware, your wife can do a case in the court against you.

You might be thinking that how it is possible or if it has become any new law in the country. I can’t say that whether it has become any law or rule in your country but yes, it is a matter of worrying if you have not yet satisfied your wife sexually.

A French court has fined a man for not doing sex with his wife. The money that has been asked by the court to give his wife is RM 42,204 which is equivalent to 10k Euros. 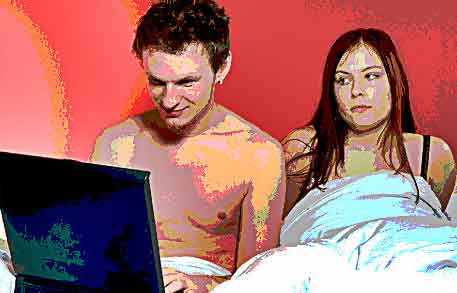 The man is living in the southern city of Aix-en-Provence. His ex-wife waited for him for many years and asked him to satisfy her sexual desires. But the man never paid attention to the lady’s feelings.

The lady even warned the man and asked him politely to have sexual relationship with her. She said that sex will satisfy her desires and then she will be happy and will have no complaints from him.

But everytime the woman demanded sex, the man used to answer that he is having some health problems and so he cannot maintain intimate relations with her.

The frustrated woman then took the help of the court and lodged the complaint legally. She asked the court to give her justification in her sexual needs. She said that she is true at her point and wants something that every woman wants.

Both husband and wife kept their arguments in the court. The magistrate after hearing both the parties decided to go with lady’s appeal. The court ordered that after marriage, sex is the foremost right of every men and women. If one is unable to satisfy the other then that is his/her fault and he/she has to bear for that. It said that because of one’s fault, why other should suffer.

The court rejected the husband’s appeal in which he said that he is having health problems. It said that his health problem is not so much serious that he needs to avoid his ex-wife. The lady is hurt mentally and so the ex-husband should compensate some money to her ex-wife.