An American woman holds her name in the Guinness Book of World Records for having longest nails in the world. The lady by the name Chris Walton stopped cutting the nails of her hands fingers when she was 27 years old.

Chris Walton is a musician and singer and is popularly known by the name of ‘The Dutchess’ on the stage. Eighteen years before, she thought of growing her nails and so, she stopped cutting them. She wanted to see that how long the finger-nails can grow. 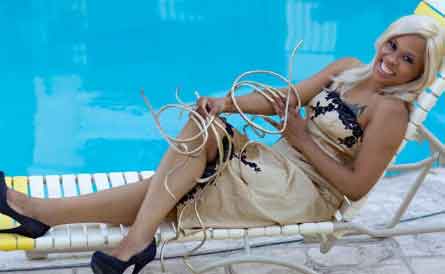 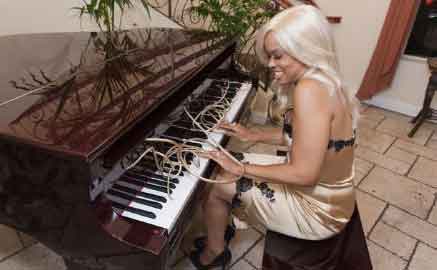 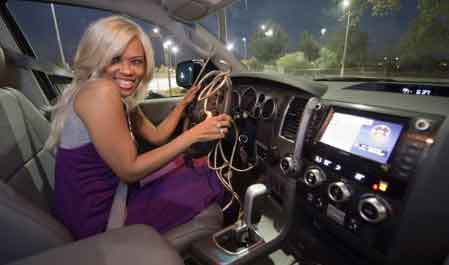 Today, old woman Chris Walton is 45 years of age and her nails have grown to the length of 6 meters. She has 5 children and all are happy with the growing nails of their mother.

It is not the case that the lady gives pain to anyone in the home regarding her long fingernails. She does her work very well. She cooks food for her children, cleans the house and even drives her car. She loves to play the piano and the 6 meters nails are also not been able to stop her in playing it.

Chris lives in her home in Las Vegas, Nevada of United States of America and proudly shows the nails to anyone who asks her to do so. She says that they are just like long hairs or long beard of a man. She added that the only problem she sometimes faces is that sometimes, they asks special care and she has to protect them from being cut or torn by any obstacle.

Woman Walton said that at one time, she was facing lack of manicures and so she thought of taking care of the nails by herself.

Chris name is added for the 2012 copy of Guinness Book of World Records.

Dutchess says that now she does not take much care of the nails and did not bother about them. For making them strong, she used acrylic on the inner and outer part of the nails. This further helps her maintaining the balance on each of the hands.

Lady Chris said that she lost a nail only once and that was when she was fixing her car engine.

Singer Dutchess says that people think her as very delicate but when they meet her and see her doing every sort of work then they realize that she is capable of doing everything. She added that she don’t want to be dependent on anyone and had not grown the nails if due to them, she had to be dependent on others. She is not dependent on anyone, whether the person is her family-member or any stranger. Dutchess added that she can’t be so foolish to stop her normal happy life just to make a World Record.