An old man living in Shivrajgadh village of Jasdan, Gujarat, India cheated many thousands people. Actually, one day he made a big announcement that he will take trance on one day. He announced that the Indian Gods Brahma, Vishnu and Shiva have given him visit in the dream and now they want to bless him with their great and special blessings.

The old man announced that all the Gods living in heaven are very happy on him and so the top-most Indian Gods (Shiva, Brahma and Vishnu) have themselves come to greet him. He said that Gods blessed him and told him that he is now not authorized to live in this bad world. He said that Gods told him that he is very holy and so this bad earth is not the proper place for him. They will take him to heaven with themselves and will give him the proper seat. 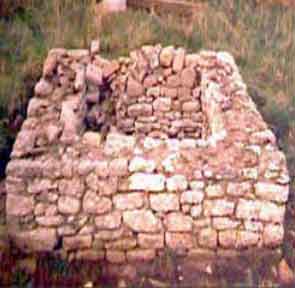 The man spread this news everywhere and announced that whosoever want to see Gods in real life, can come to his home. He even announced the proper date and time at which all the 3 Gods will come to visit his house.

The announcement made a huge impact and people from almost 100 villages gathered on his home. The people started coming since morning of Monday because on the next day, Tuesday, the old man had to take trance. The people from his village were given a special place near the old man.

When the night approached, the villagers started to greet the old man with flowers and money as he was the holy soul due to which the other persons dreamed of seeing God. Some, who had belief in Vishnu, were waiting for Vishnu, some for Brahma and others for Shiva.

They then checked their money and food that they brought for the Gods. They were surprised to see that neither their money and nor their food was found. Actually, the old man stole the money, ate the food and ran away.