During the investigation, the police has reached on a surprising conclusion in which it is revealed that the person who killed the animal was none other than one of the forest team member. And the more surprising thing is the reason on which the man killed the animal. 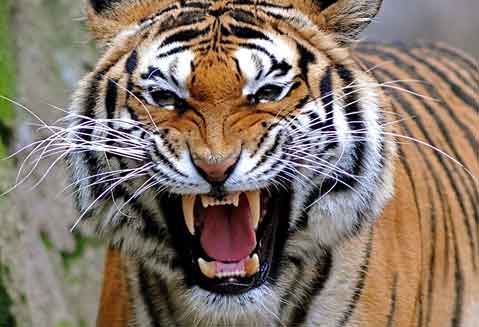 The security-guard Veer Singh killed that female-tiger. When the police came to know of this, the guard himself accepted his crime and said that he is feeling guilty on his deed.

Veer Singh added that he heard from someone that the tiger’s skin and body-parts could increase his masculine power and in order to achieve that, he thought of killing her.

He said that one of his friends told him that his masculine power can be increased with the moustache hairs of tiger. He said that without killing, the live tiger cannot give any human his/her moustache hairs and so he was forced to kill the female tiger.

Veer Singh is 48 years old. Along with the security guard duty, he trades in the herbs. He was very tense on his decreasing masculine power. Then, one of his friends suggested him the tiger’s hairs. Though the friend did not mean him to kill the animal but this plan was made by Veer’s mind.

Why Tiger was killed

The Indian man was having the below misconceptions on tiger:
1. Nails: He believed that the nails of tiger save human being from bad souls.

2. Teeth: The teeth of tiger can help in turning the fate of human beings. He said that the tiger’s teeth can make an unlucky man lucky. A poor can become rich if he has teeth of tiger and a dumb can become wise.

3. Bone: If any human being has bones of tiger then that human will be luckier in his life. If he has both bone and teeth then no other person can compare himself with that man who keep the teeth and bones of an animal like tiger.

4. Moustache Hairs: The hairs of moustache of tiger can increase the masculine power of any human being, especially men.