A person from United Kingdom used to enjoy riding on one of his favorite cars. He used to drive and enjoy seeing various places. On one day when he had to go somewhere, he tried to start his favorite vehicle but was not able to start it. He tried many times but everytime; the engine made some sound and then stopped. He did some minor tweaks but was not able to run the car.

At last, he thought of calling the mechanic. Mr. Andy Smith, AA patrolman, who was passing nearby, saw the man in pain and came to offer him help. Andy also did all what he could do but the engine failed to start. 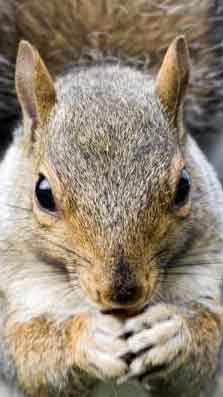 Andy Smith was very much confident that he will be able to get the car back on the roads but despite his usual checks and maintenance, he failed to do so. He could not understand that why the engine was not starting.

The car was parked near an oak tree in the Micheldever, Hampshire, England and the squirrel picked and placed those acorns in the vehicle. As such, the engine was unable to start.

After seeing the oak fruits, Mr. Smith and the owner of the vehicle both had a good laugh. He said that this is the one of the funniest breakdowns that he has seen in his life.