A new revolution in the field of gaming technology. One of the most powerful, energy efficient graphics card that runs game with full visual effects and at a very high resolution. The GeForce GTX 560 Ti, Nvidia is a product of higher-midrange price spectrum.

The GeForce GTX 560 Ti, Nvidia card can also be considered as the new generation graphics card, which is a pretty much upgrade of GeForce GTX 460. So all the NVEDIA Fans start preparing for your budjet please…..!

The naming pattern has been designed and calibrated in such a way that the people who are not familiar with the naming convention of Nvidia. Like the addition of “Ti” suffix, along with the “GTX” prefix is actually meant for position indication of GPU. The same naming convention has been observed in GeForce 4000 series.

With the release of different graphics cards at different price segment one can clearly take in to account the bursting trade between Nvidia and AMD. And you can insure no compatibility issues between any Nvidia graphics card and AMD Board and processor. 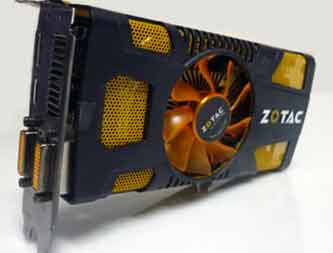 Well GPU of GeForce GTX 560 Ti has a code name of GF114 is also known as second generation Fermi GPU. The clock speed is 1002 MHz, with 1GB of GDDR5 video memory with a core clocked at 822Mhz. Besides the heavy clock speed the temperature go a bit low and output is also improved. The 384 shaders and 256-bit memory support CUDA/PhysX, OpenCL in place of OpenGL, last but not the least DirectX 11. 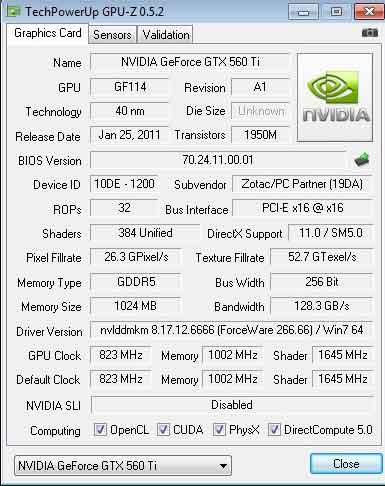 The GeForce GTX 560 Ti have been tested with an Intel Core i7 965 processor, Intel DX58SO motherboard, Intel X25-M 80GB SSD, 12GB of Silicon Power DDR3 RAM, Tagan BZ-1300W PSU and Windows 7 Ultimate SP1 64-bit edition. The driver was the latest which was available at the time of testing, which was Nvidia ForceWare 266.66. The testing was done PhysX was enabled.

The GTX 560, ATIRadeon 6970, GTX570, ATIRadeon 6850 were compared with similar compatibility conditions and the results are as follows. 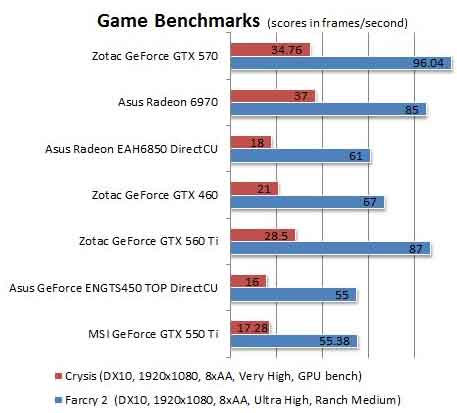 The GTX460 consumed 150W, and the GTX560 consumes 170W. A fair increase in 20W is handled by the cooler which is actually not a high ended design.