Hazel Jones is 27 years old girl who has very rare condition which occurs in one lady out of one million ones. Actually, she is having two vaginas in her body. The lady publicly leaked this in a television show being telecasted on the ITV channel. The show by the name ‘This Morning’ featured ‘Hazel Jones ‘ in which she clearly mentioned of the two reproductive organs in her body. She told that she came to know this when she was 14 years old. She told that due to this, she has many times experienced heavy periods and pain.

Hazel Jones is also having 2 cervixes and 2 wombs. She said that she has lost her virginity two times due to two organs of reproduction. As per Hazel, her rare condition was exposed mainly by her boy-friend and for which, she is very thankful to him. 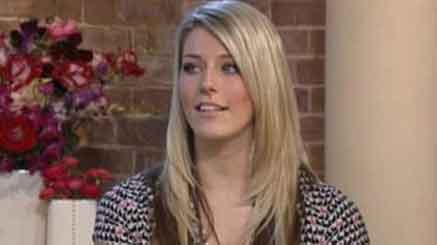 Once the boy-friend of girl Hazel Jones told her that she is very different from other girls and she should immediately consult the doctor for her different genital area.

On the suggestion of the boy-friend, Hazel Jones went to the doctor and told him about her strange condition. As per the doctors, this is not a thing to worry but just needs some precautions that are must to lower the extra pain and problem that can occur due to the carelessness.

Hazel said that she has to be very careful when she will be pregnant. When her one organ is pregnant then it is must for her to control herself and ask her husband also for the same as getting pregnant on the other organ can lead her into serious troubles.

As per the doctors, when the womb is developed, 2 tubes are formed in the girls. These tubes fuse and a single uterus is formed. And it is very rare that the two uteruses are developed; which is with the case of Hazel. 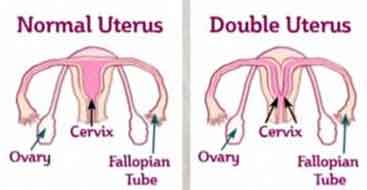 Miss Jones said that if other women want to see, she can show herself to them so that they can also see the multiple organs in one lady with their eyes.