A strange incident is been uncovered in London, United Kingdom. A man, Windham Thomas, committed some crime and due to which the England police prisoned him. He was passing his days in the prison quietly. Once a woman came to meet him in the jail. The woman was none other but was his wife Cleri Thomas. Actually the person murdered a man and the Cout ordered him imprisonment for 12 years for the murder.

After some days, the man was not found in the cell. He broke the cell and flew from the capture. The jailor searched him in the whole cell but could not find him anywhere.

When he gave up searching him, he informed the police. The police went everywhere searching him. They even reached the person’s home. But they only find his wife alone in the home. The lady even quarreled with the police that they did not take care of her husband. She cried and said that she can’t even predict the condition that her loving husband is facing now.

The police kept on searching him and in their investigation, they hold him one day. The man was found in his own home with Clery. On being asked by the cops, the woman accepted that after running from the prison, her husband is living with her. 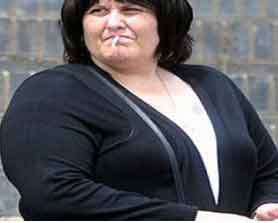 She kept him in an almirah. And took out him only when she wanted to have sex with him. 40 years old Clery said that she wants a kid and so he needs her husband. She was keeping him in the almirah so that nobody could see him. In the night when everybody slept, she took him out to do sex with him. And after sex, she again locked him in the cupboard.

She said that she had no intentions to make his man break the cell but she only wanted a baby. She felt sorry of what she did.

The police took Mr. Thomas back with them.