In Ahmedabad city of Gujarat state in India, the parents of 12th class girl are so worried about their daughter that they are referring her to a Psychiatrist. The girl is in love with someone. So, you might be thinking that is she committing any serious crime in the love and why she is been referred to this special doctor.

Actually, the one with whom the beautiful girl is in love is not someone her classmate or neighbor or infact any other boy. It is her pet dog and she is gone totally crazy on this dog.

The school girl lives in ‘Posh’ area of Ahmedabad with her father and mother. The little girl is the only daughter of the aged father-mother. They love her a lot but the girl loves their dog more than anyone in this world. This dog is from ‘German Shepherd’ breed and was brought in their home some 5 years back by the family members.

This school student has started calling this animal as her boyfriend now. She eats with it, lives with it and also sleeps with dog. She takes it to her school and this pet waits outside the class till the girl comes back. Her friends have also started gossiping on her strange habits.

They even informed all this to her parents. The mother and father both decided to create a distance between the two. And so one day, they took the dog with them and handed it to the Municipal Corporation. But their daughter warned them of committing suicide and said that she loves her best friend the most and can’t live without it. 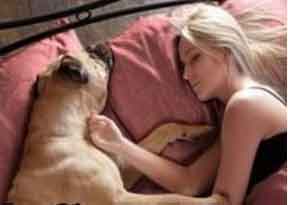 The parents then were compelled to bring the animal back to their home. They consulted with some of their close relatives and all decided to consult a good psychologist. All then searched the girl’s room and they found some sex books from her room.

The doctor told that their girl is suffering from a disease called zoofilia and so she is behaving like this. The mother is more worried on her daughter’s love.