India’s yoga guru Baba Ramdev rejected Prime Minister Manmohan Singh appeal in which he asked to not start his fast that he is planning to start from June 4.

Ramdev said that he has rejected the prime minister’s appeal and will go on a fast-unto-death in order to save his country from corruption. This he announced in Madhya Pradesh in a congregation.

He will start his fast-to-death from Saturday, June 4 in New Delhi.

He said that the long fast will continue until the government passes a tough law against corruption and set up ways to get the Indian politicians black money back deposited in the Swiss banks.

All the arrangements have been made for this fast-to-death. He will fast in a 23,225 square meter (250,000 square foot) tent in the country’s capital.

Around 30 million people watch his popular Programme daily on television. 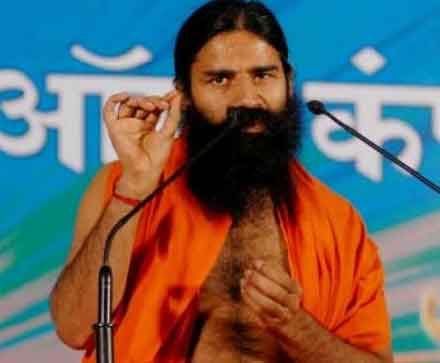 If he starts fasting then obviously his followers would be with him and it would become difficult for the govt to persuade the people.

Indian PM is in news for last so many days over the ongoing scandals in the country.

Recently, a $39 billion Telecoms Scandal is been exposed. This scandal is considered as the largest till now in Indian history.

On these scams, public has a great anger. These scams have shaken Indian economy and have also hurt the foreign investment.

If Baba ramdev goes on fast, there are very much chances that the government will have to bow their knees and have to pass Jan-Lokpal Bill.

Indian public and common man are with the Jan Lokpal Bill. Many people are saying that the govt don’t want to pass the bill because they fear from being caught in their scandals in the future.

Yoga Baba has also declared that he will launch his political party in the coming elections of 2014.

India ranked 78th on Transparency International’s latest corruption index, which is worse ranking than Asian rival China. And after this, the 2G scandal also went and now the ranking may have further decreased.